Atlanta Centenarians Share Secrets To A Long And Happy Life 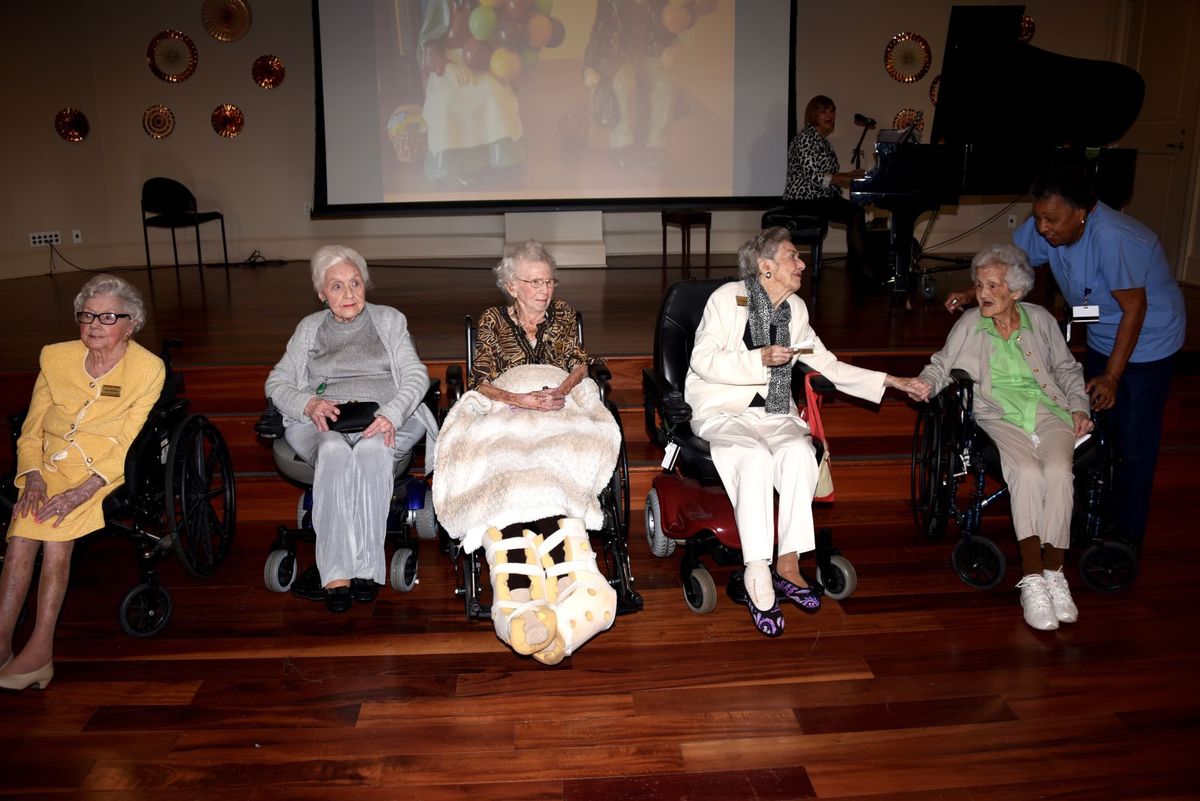 The secret to a long, happy life might be simple kindness, according to two extraordinary Atlanta women.

“Accent the positive,” said Elizabeth Welch, 102. “Think of the good things, our blessings.”

“Treat people the way you would like to be treated yourself,” said 103-year-old Louise McGuire. “Don’t get mad and fuss at people. Try to keep calm.”

Welch and McGuire are two of six centenarians, people who have reached the age of 100, living at Lenbrook senior living community in Buckhead. The other centenarians are Emily Crum, 102, Georgia W. Harris, 101, Mrs. Jeannette B. Moon, 100 and Frances D. Green, 100. They were not available for an interview due to their health.

Welch and McGuire came of age during the Great Depression and said they felt the sting of a tanking economy. McGuire said her father, an insurance salesman, had to take a second job working in an ice cream plant to help make ends meet.

But even during the challenging times, there were moments of joy.

“Sometimes he would wake us up at night when he came home from work with a big carton of ice cream,” McGuire said.

Welch still remembers how impressed she was with a new invention called the television, but for most of her young life, people made their own fun. For Welch and McGuire, that meant music. Dances were a popular pastime, or people would simply gather in someone’s yard and dance to records.

Welch studied piano and sang; she said she was dancing up until she turned 95.

As a child, McGuire said she dreamed of becoming a professional dancer, but instead, she became a secretary to George Woodruff, brother of Robert Woodruff, president of the Coca-Cola Co.

“They kind of took me in as a family member and I used to go visit their place in Highlands, (North Carolina),” she said. “They were real nice to me. It was a good life.”

She married her husband Jim in 1942, shortly after the Japanese attack on Pearl Harbor, which marked the United States’ entry into World War II. He was a second lieutenant who would eventually advance to the rank of colonel. He served under Gen. Omar Bradley in Germany.

“I stayed home with my parents when he went off to war and did his duty there,” McGuire said. “I felt like I was helping a little bit by staying home and looking after everything there. It was a completely different way of doing things during the war.”

Welch’s first husband took over her family’s peanut business, which allowed her many opportunities. She has traveled all over the world. Her favorite place to visit was Australia, which she said has some of the friendliest people in the world.

One farmer who sold peanuts to the company would go on to become President Jimmy Carter. Welch said when they first met, future first lady Rosalynn Carter was extremely bashful.

As residents of Lenbrook, the centenarians keep busy with exercise routines, activities and plenty of games of bridge.