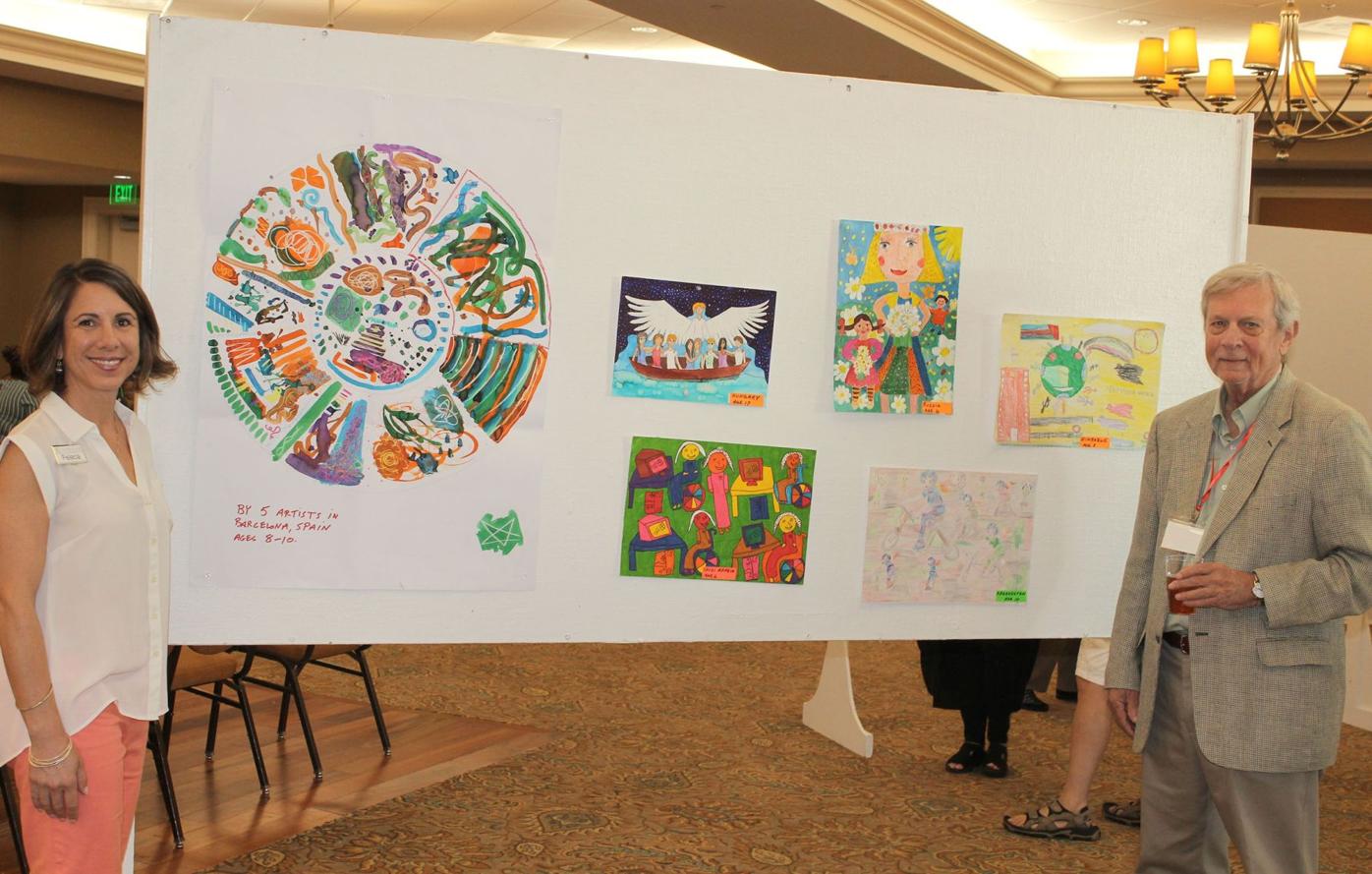 When the Nobel Peace Prize was awarded earlier this month, most of us probably had no idea that an Atlanta-based nonprofit had been nominated.

International Paint Pals, a unique art program that has joined 200,000 children from 117 countries, was in the running for the prestigious award.

Inspired by his work at the Carter Center, Linden Longino, who lives in Buckhead, founded International Paint Pals in 1995.

The organization encourages children around the globe to express themselves through art.

For 25 years, the nonprofit has held world-wide art exhibitions and interactive educational programs thanks to sponsors, such as the Olympic Games committees, The United Nations, The World Summit of Nobel Peace Laureates, UNICEF and The World Bank.

International Paint Pals has also worked closely with other organizations, such as the Boys & Girls Clubs and Friendship Force as well as schools and other youth and community groups on six continents.

“We think this is exactly the spirit that Alfred Nobel had in mind when he established the Peace Prize over 100 years ago,” Longino said.

So how did this Atlanta-based group end up catching the eye of the Nobel Peace Prize committee? Lawrence Edward Carter, Sr., the founding dean of the Martin Luther King Jr. International Chapel at Morehouse College, where he is a professor of religion, nominated the organization.

“Our generation has tried hard, but we have not achieved peace among peoples and nations,” Carter said in a news release issued by International Paint Pals. “I was pleased to nominate an organization that seeks to educate and bring together future leaders. I sincerely hope they will find the answers to a lasting peace.”

For Longino, International Paint Pals has been a passion project of his for more than two decades.

But the real work, he said, “has been done by hundreds of individual volunteer partners and organizations worldwide, people from all walks of life with common interests in teaching children about peace and human rights; with strong beliefs that future survival is in the hands of today’s young people.”

“We won more than that. We won the hearts and minds of countless children worldwide. We won many friendships among ourselves.

We planted seeds of peace in over one hundred countries.”

Of course, Longino admitted he was still a bit disappointed. “My only regret,” he said, “is that the $1 million award will not assist Paint Pals children worldwide.”

To view the original article, please click on the following link: https://epaper.ajc.com/popovers/dynamic_article_popover.aspx?guid=8dba47...