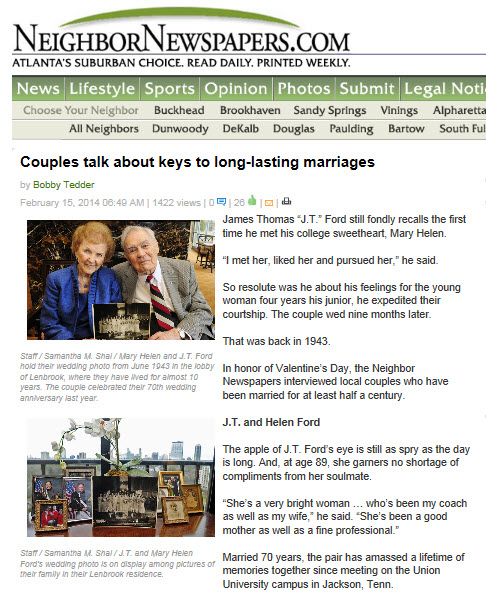 James Thomas “J.T.” Ford still fondly recalls the ﬁrst time he met his college sweetheart, Mary Helen. “I met her, liked her and pursued her,” he said.

So resolute was he about his feelings for the young woman four years his junior, he expedited their courtship. The couple wed nine months later.

In honor of Valentine’s Day, the Neighbor Newspapers interviewed local couples who have been married for at least half a century.  Read more