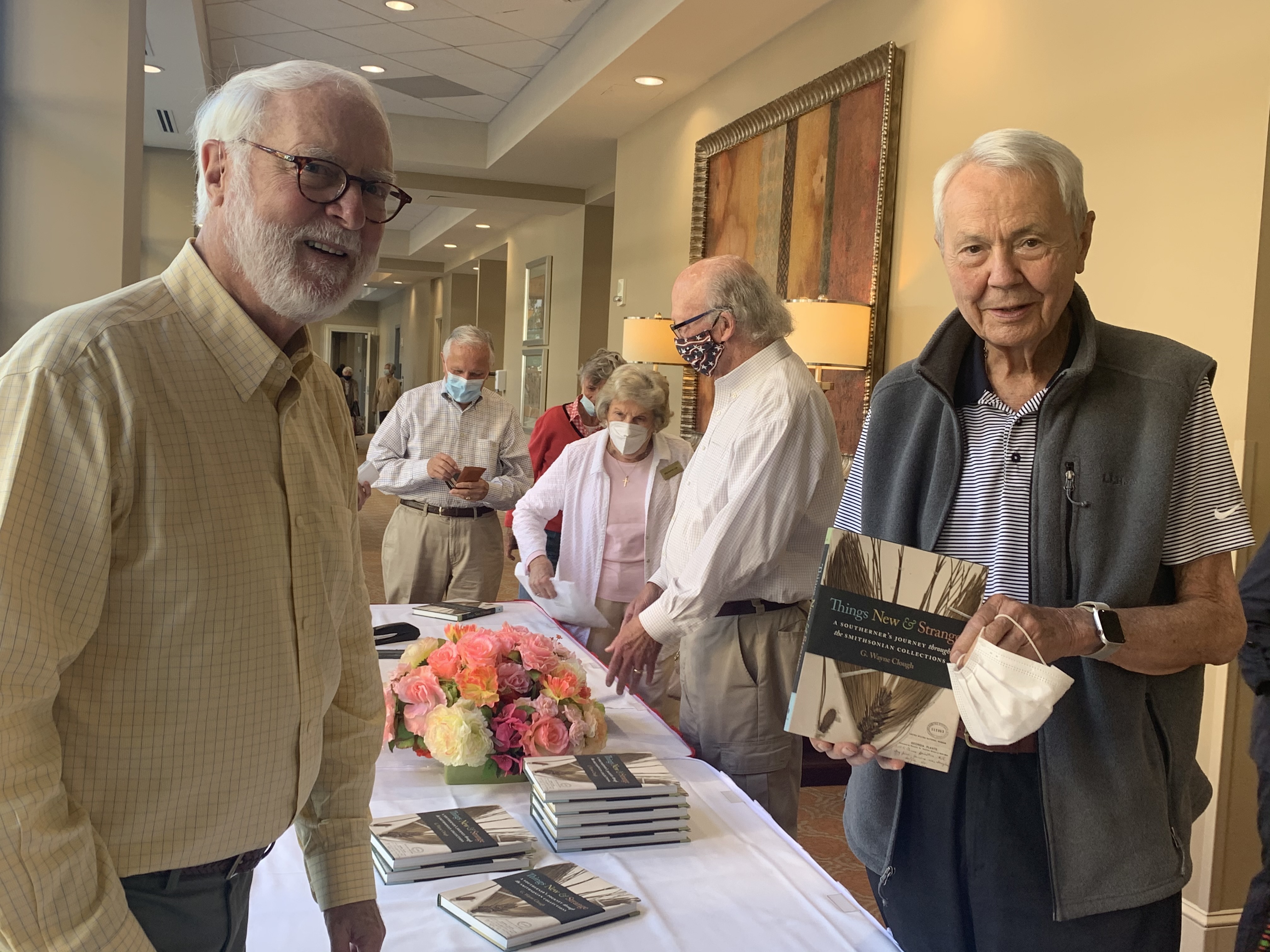 Lenbrook, Buckhead’s premier senior living community, often hosts well-known speakers and authors. However, the speaker addressing the residents in October could have been attending his own college homecoming. Dr. Wayne Clough, the former president of Georgia Tech and its first alumni president, was greeted by dozens of Lenbrook residents and Georgia Tech alumni (and more watching the event virtually). Less than 10 miles away from the Tech campus, Lenbrook is a top choice for alumni who choose to retire and live in the area – evidenced by the fact that the Georgia Tech alumni group is the largest college alumni group at Lenbrook.

Dr. Clough is President Emeritus of the Georgia Institute of Technology (Georgia Tech) and former Secretary of the Smithsonian Institution. He retired from the Smithsonian in 2014. His Lenbrook presentation featured a discussion of his latest book “Things New and Things Strange: A Southerner’s Journey Through the Smithsonian Collection.” In June he was named Georgia Author of the Year by the Georgia Writers Association for this UGA Press book in the history field.

As president of Georgia Tech from 1994 to 2008, Clough is credited with positive changes at the school, including $1 billion in new construction, increased retention and graduation rates, a higher nationwide ranking, and a larger student body. His administration championed programs which encouraged undergraduate research and made college more affordable for low-income students. Clough was also president when the 1996 Summer Olympics was held in Atlanta and part of the Georgia Tech campus.

Lenbrook resident, John Weitnauer was delighted to have another “Ramblin’ Wreck from Georgia Tech” visit Lenbrook. “I was on the Search Committee that recommended Dr. Clough to the Board of Regents to become the school’s president,” said John. “He did an outstanding job for Tech and now has a very interesting book and continues to be a leader in the state of Georgia.”

John and some of the other Georgia Tech alumni get together when they can to reminisce and  tell Tech stories. He and his wife moved to Lenbrook in 2010 when she thought they were too young to live there. After 10 years, John continues to be delighted with the people, programs, and services provided at Lenbrook -- and the opportunity to share a passion for Georgia Tech.