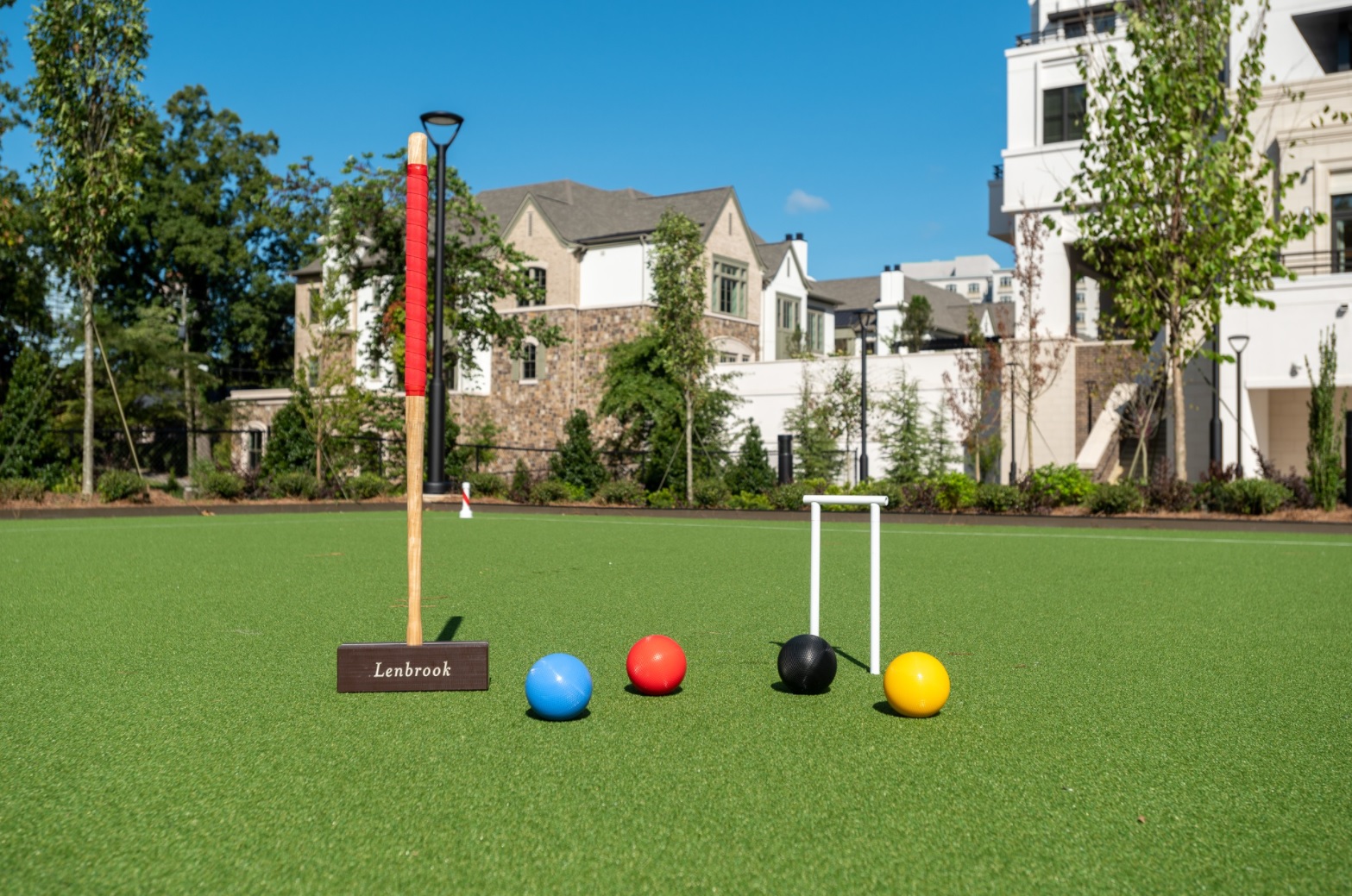 Fall for Croquet at Lenbrook

During the first week of October, Lenbrook celebrated the grand opening of its brand-new regulation-sized artificial turf Croquet Lawn, part of the Kingsboro at Lenbrook expansion. Lenbrook hosted free Resident Clinics as well as private lessons, and on October 5th, Golf Croquet teaching professionals from the United States Croquet Association (USCA) played an Exhibition Match. Later in the week, a fun social event, appropriately called “Wine and Wickets” made many Lenbrook residents come out to play or watch while enjoying some light refreshments in the cool fall air.

When I talked with USCA President Damon Bidencope, he told me: “Atlantans have been playing competitive croquet for quite a while now, but they have had to travel to do so. We are thrilled that Lenbrook and Peachtree Hills Place have not only invested in regulation-sized croquet lawns, but that they are also committed to growing the sport in the Atlanta area among players of all ages and are bringing international champions in for exhibitions to further the reach in the community.”

Croquet is growing in popularity among all age groups, and already in a 2019 article in the Wall Street Journal titled Days of Wine and Wickets, croquet was cited as becoming increasingly popular among retirees - not only because it is a joint-friendly activity, but because of the social aspect of the sport and the fact that it is easy to learn. Plus, it is a fun way to engage in healthy competition and requires mental and strategic skill.

Adding to the sport’s popularity is the multigenerational aspect as people of all ages can compete. Many golf clubs, resorts, and municipal parks have added croquet courts to the mix, positioning the sport as the next pickleball.

Croquet is a game of sportsmanship, strategy, and etiquette – and you too are invited to join us on Lenbrook’s beautiful Croquet Lawn soon!