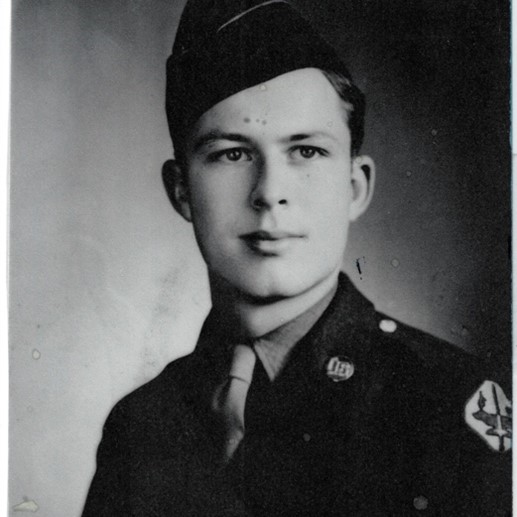 The Netherlands Honors LaVelle Beene for His Heroism During WWII

Every November 11 is a solemn and important day at Lenbrook, when our senior living community remembers the many acts of bravery of US Veterans and their families in times of war, and in particular pays respect to the Veterans who call Lenbrook home.

One of them was First Sergeant and Assistant Platoon Leader LaVelle Beene, a soldier of the US Army’s 104th Infantry Division, known as the Timberwolves, an outfit that preferred fighting at night. He endured 195 straight days of combat in Europe during World War II, mostly in the Netherlands, and was one of only ten members of his company of 160 men to survive.

Mr. Beene, a 19-year resident of Lenbrook, Atlanta’s premier senior living community, only recently passed away at age 99. He was seen as a true Lenbrook treasure. After his time in the US Army (1943-1946), Mr. Beene served as a Presbyterian minister and as Vice President of Marketing for the Ministers Insurance Company.

This year, on Veterans Day 2021, an official delegation of the Kingdom of the Netherlands, including Mr. Ard van der Vorst, Consul General of the Netherlands in Atlanta and Colonel Paul Elverding, Military Attaché at the Netherlands Embassy in Washington, DC, presented the family of Mr. Beene with a posthumous award, recognizing Mr. Beene’s heroism and leadership. His nephew, Mark Berry, accepted the award on his behalf.

Currently, ten other WWII Veterans reside in Lenbrook, as well as several Veterans of the Korean War and the Vietnam War, and many of them were present at the Veterans Day commemoration.

“All of us at Lenbrook are truly proud of and thankful for our residents and associates who have served in the armed forces,” said Chris Keysor, President and CEO of Lenbrook. “This official recognition of Mr. Beene celebrates his magnificent efforts in the Netherlands - while in a way, it honors all of our Veterans and their families.”